Why are Americans earning less?

In a society where working hard and earning money is so deeply valued, why are some of working-class America’s earnings being taken away?

The answer is simple: taxes.

Corporate taxes take money away from salaries of workers in businesses during a taxable period. This causes a depreciation of revenues for both the companies and the individuals themselves. That does not include putting money aside for a 401k, health benefits or social security.

For example, an employee’s corporate salary may be $40,000. However, after taxes have been taken, both city and state, and deductions for savings, health insurance and social security have been made, the individual may only be left with a little over half of that. 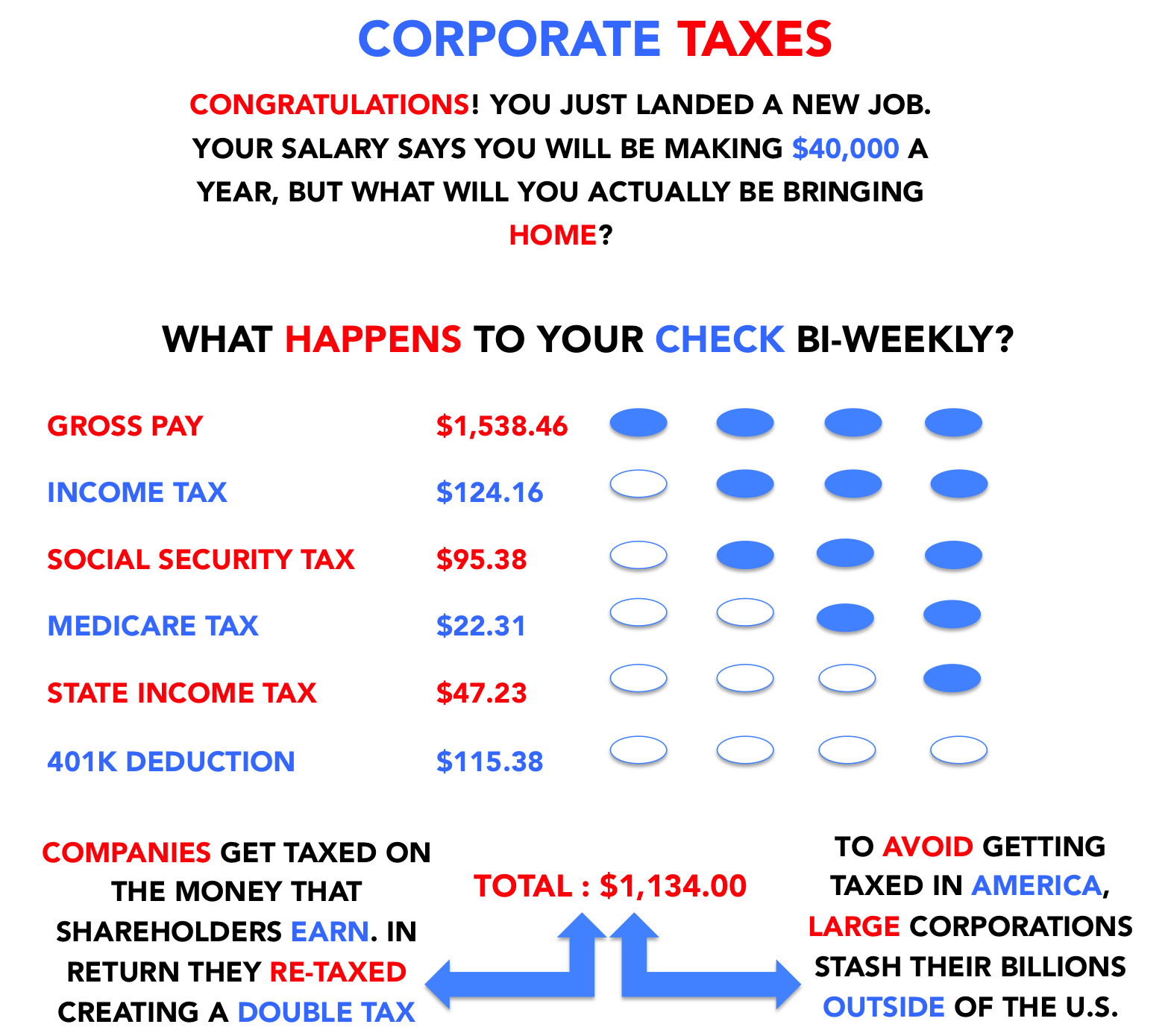 This is often one of the reasons that so many flock to working for big businesses. The profit a corporation makes from its shareholders is taxed. Additionally, the corporation then taxes the shareholders, which is called a dividend. This is where the double tax comes in from working with big corporations.

“The regulatory environment has grown so much, they’ve created thousands upon thousands of new regulations that are not just I need a dollar here,” Eric Hunt, PR manager of HuntRomanGroup said. “It’s I need ten dollars there.”

So, what are the big businesses doing about this? They do not want their money to be taxed so highly so how can they avoid it?  Many companies such as Apple and Microsoft will store their billions outside of the United States to avoid this corporate tax.

Throughout every presidential campaign, there is much discussion about taxes.  Many agree with conservatives, while others have a more liberal approach to the topic.

“Basically if you think about any issue anybody cares about, whether it’s on the left or the right, there is a difference in opinion,” Larry Lessig, general council of the Campaign Legal Center  said. “Bernie Sanders talks about single care health care, climate change legislation, dealing with minimum wage. People on the right talk about simplifying taxes or getting us a shrinking the size of government. All of these issues are impossible to address sensibly unless we address the fundamental corruption in our democracy first. Really the way to think about that is at the core of our democracy, there is a failed institution and that institution is Congress.”

In reality, Congress is the only one who can control the percentage of taxes that comes out of the working man’s paycheck, thus causing tension throughout any presidential election. Among all countries with an established economy, the U.S. has the highest corporate tax rate.

With so many being unemployed or working under the table, the reason behind this may be more clear.

Why work if Congress will just take an employee’s hard-earned money?